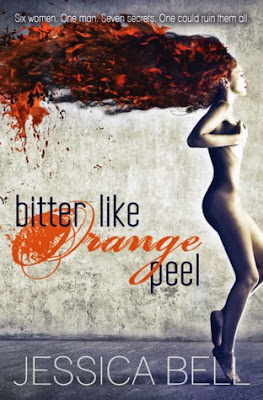 "Six women. One man. Seven secrets. One could ruin them all.


Kit is a twenty-five-year-old archaeology undergrad, who doesn’t like to get her hands dirty. Life seems purposeless. But if she could track down her father, Roger, maybe her perspective would change.

The only problem—Roger is as rotten as the decomposing oranges in her back yard according to the women in her life: Ailish, her mother—an English literature professor who communicates in quotes and clichés, and who still hasn’t learned how to express emotion on her face; Ivy, her half-sister—a depressed archaeologist, with a slight case of nymphomania who fled to America after a divorce to become a waitress; and Eleanor, Ivy’s mother—a pediatric surgeon who embellishes her feelings with medical jargon, and named her daughter after “Intravenous.”

Against all three women’s wishes, Kit decides to find Roger.
Enter a sister Kit never knew about.
But everyone else did."
Bitter Like Orange Peel by Jessica Bell
Publication date: November 1st 2013
Genres: Adult, Contemporary 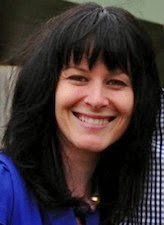 ABOUT THE AUTHOR
If Jessica Bell could choose only one creative mentor, she’d give the role to Euterpe, the Greek muse of music and lyrics. This is not only because she currently resides in Athens, Greece, but because of her life as a thirty-something Australian-native contemporary fiction author, poet and singer/songwriter/guitarist, whose literary inspiration often stems from songs she’s written. Jessica is the Co-Publishing Editor of Vine Leaves Literary Journal and annually runs the Homeric Writers’ Retreat & Workshop on the Greek island of Ithaca. For more information, please visit her website: www.jessicabellauthor.com


REVIEW
Family secrets...what family doesn't have secrets?  Perhaps at the Christmas table, you've caught furtive glances between relatives, a sudden shushing that alerted your attention to something said that may have best remained quiet, awkward silences without an immediately apparent cause, etc.  You want to ask...but do you really want to know the answer?  What if the answer to the secret is more unbearable than you've ever realized...but can you bear not knowing?


LONG STORY SHORT
Bell has worked an absolutely exquisite literary creation here that should be added to the syllabus of every literary criticism class across America.  Angst, beauty, tragedy, lies, secrets, shame, joy, guilt, jubilation...this story has it all.  From characters that make readers want to hug and slap them simultaneously, to enough drama to float the Titanic, to a Titanic sized secret kept for over two decades, this book will keep your pages turning.

Ivy and Kit are sisters who are determined to meet their father.  Well, one of them is determined.  Well, she thinks so.  Anyways, neither of them have seen their father in over two decades and neither of them know exactly why.  But will this pursuit of a long-lost familial relationship destroy what semblance of a family they currently have?  Get ready for a story that will grip you, excite you, disturb you, and leave you with a taste in your mouth that is bitter like orange peel.

LONG STORY
The Good
Well that was...very interesting - and I don't mean interesting in the passive aggressive Midwestern way of saying it sucked, I mean truly and completely interesting.  I don't think this book sucked.  In fact, I happen to think it is quite good and should be on the syllabus of any literary criticism class.

Two sisters (apparently).  Two mothers (apparently).  One father.  One major question - where is the father?  Sisters embark upon a journey to find the father who apparently abandoned them when they were super little, but this journey forces their respective mothers to face each other and secrets they'd rather keep buried.  But will these secrets harm or help their beloved daughters?  And can they keep the secrets bouncing around inside of them, eroding their innards like acid?  Who and what relationships will survive this journey?  Their spouses, or lack thereof?  Their sisterly/motherly bonds?

I'm phrasing everything as a question intentionally.  This book is a giant question mark.  What will happen?

Let's chat setting for a moment.  Bell switches between Australia and Seattle.  After all, one sister is in Australia and the other is in Seattle.  Bell's ability to do so in keen.  She hones in on local slang and such in a way that does actually feel as though one were stepping back and forth between cultures.  Keeping in mind that the person saying this has never actually been to Australia (but wants to go desperately....anyone want to front me a ticket?)  :P  Internal settings in the two locations are described with precisely enough detail to give a general picture about what is going on.  Details provided have some kind of significance within the story, they are not just to set the scene.  Especially the orange tree in the Australian back yard.

Characters here are just that - absolute characters.  Ivy and Kit fight like sisters, which they are.  Their mothers interact warmly as friends despite having been bedded by the same man at the same time (who also apparently took up with a prostitute....how promiscuous was this guy?).  Apparently his "little guys" all neglected to carry a Y chromosome, because the women documented as getting a little freaky with him all had daughters.  The book is written in such a way that we get to peek into the minds of all the major characters and see them for who they are: fraught with insecurities, self-doubt, and wondering if they are doing the right thing.  Lovers and loved.  Menders and the mended.  But aren't we all?

That brings me to style.  I noted that we get to peek into each of the character's minds.  How?  Well, it's not an omniscient narrator.  Bell literally writes every chapter (chapters are pretty short) from a different point of view.  We see things from Kit's perspective, then Ivy, then Brian, then Ailish, etc.  While there is still some guesswork involved regarding why certain people behave the way that they do, it is kind of nice to actually be inside of everyone's head here. Well, at least I liked it - but I am a psychology person.  =)

Anyways (sorry, I think this is my favorite word today), where style and voice are concerned, it is obvious to me that the writer has written for a long time and/or has a superb grasp of effective metaphorical language and foreshadowing.  Part of what kept me reading was not just the story itself (which is intriguing in its own right), but simply the absolutely beautiful way that Bell writes.  Seriously, just take a look at this sentence:

"Between her last word and a blink, ***************’s lips touch hers. The kiss paralyzes the tiniest microorganism within her. It’s the kiss that eclipses the hug."

Love it!  Bell writes in a very efficient manner that grips one's imagination and heart strings firmly and refuses to be let go.  Little snippets of characters' thoughts pepper the document, enhancing and informing the story.  I love Bell's writing style here.  It is absolutely poetic, poignant, dramatic, and dazzles with artistic ingenuity.  And oranges show up constantly, threading a consistent image throughout the book without being obtrusive.

Oh, and the ending?  Well, I was ready to kick something at the ending...not for what it contained but for what it did not contain.  There is no resolution, no "and then this happened and they all went on to do XYZ".  It feels as though it ends a couple chapters too soon for a true resolution.  Then I read something the author wrote about not liking endings that are "tied up with bows", and I had more patience.  At that point, the psychologist in my brain kicked in and said that what I was experiencing was a kind of transference - the characters, despite finding answers to many of their questions, were nowhere near closer to a resolution than they were when their saga began, and they felt just as up in the air and discombobulated as I did.  Okay, well played, Bell.  = )

This book is rich fodder for a literary criticism class - one can approach it from many different literary models and be able to produce volumes.  This, my dear readers, is one sign of a truly worthwhile read.

The Bugly
Okay, so I've sung the praises of multiple points of view.  I like getting to peek into everyone's heads.  The problem is that there was so much peeking going on that it was danged difficult to figure out exactly who was who, who lived where, what was going on, etc.  Maybe it is because I just finished reading a book with a main character who had the same name as one of the characters here, maybe it is because I'm a tired momma with a very active nearly-two year old who lives to move while my brain struggles to keep up.  Not sure.  All I know is that I kept wishing for a glossary or family tree somewhere in the book just to help me keep my brain straight on who was who.  I had to backtrack entirely too much.

The other problem with point of view switching constantly is that, unfortunately, the character's voices blended into one another.  There were only a couple of people who were truly distinct, and given the differences in professions/personalities, I expected there to be a bit more distinction.  As readers of this blog know, I abhor it when character voices blend into one another because that is a signal that the true voice heard is that of the author (which isn't a problem depending on who is doing the narrating).  Sorry, that kicked my score down a peg.


In essence - read this book.  You won't be let down (though be forewarned of an emotional roller coaster).

a Rafflecopter giveaway
Posted by Ellie at 7:00 AM