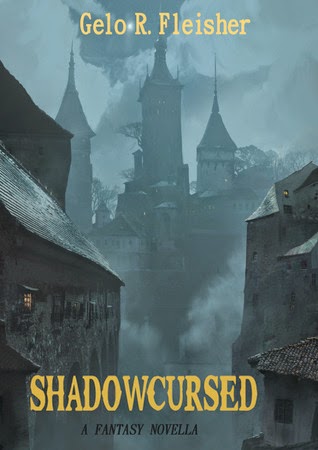 Bolen is a thief, plying his trade under the spires of an ancient and sprawling city. Worried that he's growing too old, Bolen has lined up a risky job, just to prove that he can still pull one off.

Tonight, he's going to break into a nobleman's vault and help himself to its contents. What he doesn't know is that inside is the key to a secret as old as the city itself.

Kings have killed for it, demons have coveted it, priests have prayed for it, and in a few moments it will be in his hands. And when it is, the adventure of his life will begin.

ABOUT THE AUTHOR - Gelo Fleisher 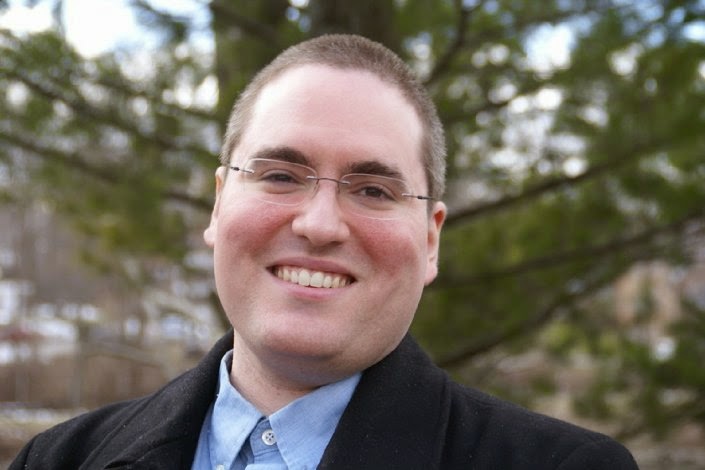 Gelo R. Fleisher is an author and game developer. He lives in the East Coast, with his wife and daughter.

Some interesting facts about Gelo: He's lived in America, Korea, Japan, and Mongolia. He's a Certified Public Accountant and graduated first in his class from the Wharton school of business. His writing has won several literary contests and has been nominated for a Reader's Choice Award. His indie game development work has also won several awards and has been showcased in PC Gamer magazine. He loves hearing from people so feel free to email him!

REVIEW
We are getting into the time of year when spooky things rule the day.  Shape-changers of various forms, many - of course - bent on gaining as much power as possible, are said to prowl the shadows, making us afraid of turning off the lights.  Of course, we know that these creatures are the stuff of legend and television....but what if they were a part of every day life?  What if mages and priests with strange healing abilities were commonplace?

LONG STORY SHORT
In a work that feels like it could be lore for several different video games, Fleisher uses a medieval setting to explore a misty intersection between the magical and the mundane.  A thief is tasked with breaking into the one place in the city that he should avoid at all costs - the treasure room of the "mad" ruler, a man who would just as soon gut people rather than even bother looking at them.  This thief, who may be aging out of his game, steals an item that is infinitely more precious than he knows and in doing so becomes embroiled in a centuries-long power struggle of which he would have rather remained unaware.  But will he find redemption?  In this novella length work, Fleisher explores what redemption may look like in a world shrouded in magic, shape-shifters, and nothing being as it seems.  Exceptionally descriptive language captivated my imagination - I could practically smell the reeking fish at the dock and hear rusty hinges complaining loudly about moving for the first time in decades.  Powerfully portrayed characters made me remember why I love fiction so much in the first place as I got to know a broken man who is seeking a little peace.  I wanted more backstory, and the language was a bit too descriptive at times, but overall this is a very good piece of fiction sure to please any with a gamer-type brain.  =)

LONG STORY
The Good
I'm a bit of a gamer with an awareness of medieval history (thanks to my history nerd husband), and so enjoyed this work on a level that I wasn't expecting.  I've played World of Warcraft extensively and dabbled a bit in Dragon Age and some other RPGs, so am familiar with worlds where magic, mages, and shape-shifters are part of the norm.  I love stories that feel like game lore, and so really enjoyed "Shawdowcursed".

Bolen is 40-something year old thief who is living in a medieval setting where magic, mages, priests with healing powers (in MMORPG games you need a priest or two on your side - they are often the best healers (them or paladins)), and things creeping about in the shadows is the norm.  Oh, and so is living in fear of the "mad ruler" who has developed a rather gory reputation for killing anyone who stands in his mad way.  Bolen is tasked with stealing items from this ruler's vault and goes ahead with doing so in order to prove to himself that he is still the thief that he was in his younger days.  The problem is that he steals an item that holds a value different from any he has ever known.  This particular theft will rattle Bolen to his core and tear apart his understanding of reality in the city whose shadows he has frequented his entire life.

I would like to say that Fleisher is an exceptionally talented writer, but this is the only work I've yet read by him and have become rather hesitant to make such major comments based on a single work.  What I can say is that "Shadowcursed" is incredibly well written.  The fog winding its way through the city will feel as though it is winding its way around you as you are reading, the descriptive imagery in this book is so well written.  Sentences flow together in a way that makes it clear this author has read and re-read his work for clarity's sake.   Pronouns are rarely confused (confused pronouns have become a pet peeve of mine).  People move about in a way that makes sense for the story (i.e. no people standing up in one side of the room when you didn't read them going to that side of the room).  Characters are distinct from one another and are developed exactly as much as they need to be in order for this story to make sense (well, most of them at least....but I'll cover that in a minutes).  It contains just the right amount of unpredictability.  Elements of magic are entwined with what we know as medieval real-world in a way that makes sense, flows well, and is enjoyable to read.

I really, really liked this book.  It is a quick read that brings up very interesting moral questions.  What is right when everything is in shadow? Of course, these are questions that often come up in games.  If we are honest with ourselves, however, we will admit they often come up in our lives as well.

The Bugly (bad/ugly)
A few quibbles, minor though they are:

1) The major antagonists could be explained a bit more.  There are clear lines drawn between good (or at least semi-good in search of redemption) and evil....but the evil of the motivation is barely explained.  Power.  Conquest.  Okay, sure....but what explains the relationship between the two major evil characters?

2) Bolen is the only thing in the story that we really get any back story on.  I wanted to know more about the city, the antagonists, the faith system (which is clearly specific to the story), etc.  But that leads to my next quibble....

3) Longer.  This story needs to be longer.  There is enough good material to work with here to bring this novella length work into a novel.  This would solve some of the problems with not enough back story, and spending more time on the relationships between specific characters.  Perhaps it is my extremely relational brain that just wants to know more about the relationships between different elements of the story, but honestly - this felt like a teaser to a much bigger story.