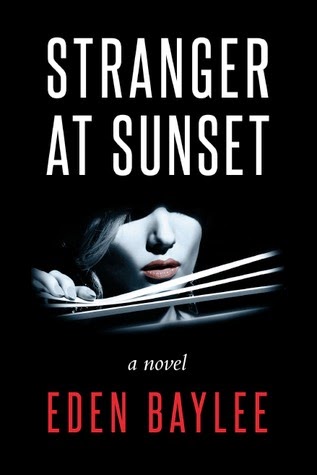 Vacation can be a killer.


Dr. Kate Hampton, a respected psychiatrist, gathers with a group of strangers at her favorite travel spot, Sunset Villa in Jamaica. Included in the mix are friends of the owners, a businessman with dubious credentials, and a couple who won the trip from a TV game show.

It is January 2013, following the aftermath of Hurricane Sandy. The luxury resort is struggling, not from the storm, but due to a scathing review from caustic travel writer, Matthew Kane. The owners have invited him back with hopes he will pen a more favorable review to restore their reputation.

Even though she is haunted by her own demons, Kate feels compelled to help. She sets out to discover the motivation behind Kane’s vitriol. Used to getting what he wants, has the reviewer met his match in Kate? Or has she met hers?

Stranger at Sunset is a slow-burning mystery/thriller as seen through the eyes of different narrators, each with their own murky sense of justice. As Kate's own psychological past begins to unravel, a mysterious stranger at Sunset may be the only one who can save her.

ABOUT THE AUTHOR: Eden Baylee 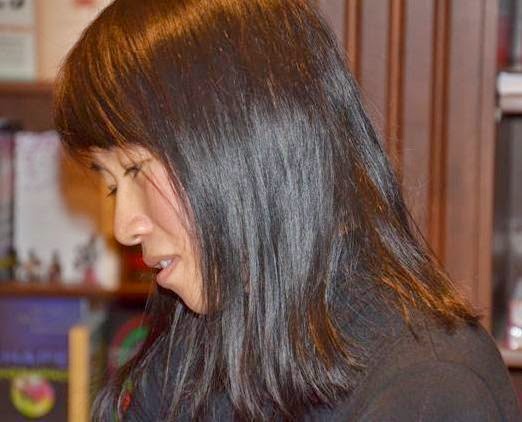 DISCLAIMER: A copy of the book was given to me in exchange for a fair and honest review, which follows.

REVIEW
A bunch of people thrown together under odd circumstances can often cause high-stress situations with unusual results.  Add in a tropical paradise, burning attraction, and fiercely competing agendas, and you are left with a book worthy of the cast of "Lost".

LONG STORY SHORT
It is 2013, shortly after Hurricane Sandy.  A small, intimate resort tucked into the beaches of Jamaica is struggling thanks to a scathing travel review penned by an extremely demanding critic.  It just so happens that a highly successful psychiatrist - Dr. Kate Hampton - is called upon to help the resort's owners address that demanding critic in a way that might help their now-floundering business.  The solution?  Re-invite the critic to experience the resort while the owners are present.  What the critic - Matthew Kane - knows is that he is hard to please and he doesn't hold high expectations for this trip.  What he doesn't know is that the owners have also invited several of their closest friends and allies, as well as some random bookings, to surround them while he is present.  Told from multiple viewpoints, this extremely well-written thriller managed to genuinely surprise me.  Passion, lust, eccentric characters, beautiful settings, a plot that unfolds at the perfect pace - this book is a little treasure.  I've read a lot of mystery/murder books, and this one genuinely shocked me.  That said, I kept finding myself wanting more - more backstory to the characters, more explanations of motivations, etc.  Despite this....

LONG STORY
The Good
Well, Baylee certainly knows how to hook readers and tantalize them with every suspenseful, engaging page!!  I was positively glued to this book for awhile!

Kate is a high-achieving psychiatrist with demons in her closet that threaten to break through if she lets her guard down for even a second.  Matthew is an insecure travel reviewer who finds security in writing harsh reviews if his incredibly picky demands are not met.  Adam is a man who runs a business for which many women would slug him.  Jessica is a southern belle who wants to prove she is not just a belle.  Rob is Jessica's slovenly, selfish boyfriend.  Greg and Tom, as well as Nadine and Ben, are long-time friends of Anna and Nolan, the owners of a charming resort in Jamaica.  And they are all sharing the resort for the week.

The resort is in trouble.  When Matthew Kane last visited, he wrote a scathing review in an influential travel magazine when the resort "failed" to meet up to his incredibly picky demands (wash his clothes separately because he's sensitive to soaps/fragrances, make him separate food because many foods make him sick, etc).  Anna reached out to Kate for advice, who said to invite him back but not to go "above and beyond" for him as that would stroke his fragile ego a tad too much.  Anna and Nolan did so, but they invited their aforementioned friends, as well as scheduled several random bookings (Adam, Rob, Jessica).

I have to give Baylee credit where credit is most certainly due - this incredibly engaging book surprised me.  Now, I'm not saying I'm the most well-read person on the planet.  Certainly not.  But I have read a lot and a LOT of that reading has included murder/mystery because I like to try and figure out whodunitandhow by the middle of the book.  Let's just say that by the middle of this book we don't yet know who even dies or how it happens, much less whodunit.  Once that information was revealed, I'm sure someone several states over heard my jaw clunk to the floor.  :)  The murder happens in a way that is positively chilling, extremely surprising, certainly entertaining, and oddly gratifying.

Let's start at the beginning.  This book opens with a voyeur spying on a naked woman standing on a balcony.  He marvels at her beauty, but cannot believe what he just saw her do: dump a body into the unforgiving ocean waves below.  Then the story immediately leaves this scene and travels back in time, visiting characters who are descending on the charming resort mentioned above for a week of relaxation and supporting Anna and Nolan, a loveable couple who are struggling to keep their resort open after Matthew's scathing review scared off travelers.

The story itself is told from multiple viewpoints as Baylee uses different chapters to switch between characters having a turn at being the center of attention.  In this way we are able to figuratively (of course) crawl inside the inner minds of most of the major characters.  Several character's viewpoints dominate the book (Kate, for example) and not every chapter focuses on any one character.  I realize this sounds confusing, but Baylee writes it so incredibly well that it is easy to track who is speaking, why they are the focus at that particular point, and what is going on.  I don't think I've honestly read many books where this is done quite so well.  I was never confused about who was speaking.  It helps that everyone's voice is distinct and makes sense given their backstory.

The plot unfolds at a pace not unlike that of a relaxing place on a tropical island - leisurely.  It doesn't clip along super quickly, nor does it dwell on any one scene for far too long.  Rather, it unfolds rather delicately and in manner that keeps the pages turning.  Baylee plants enough foreshadowing and "but they didn't know....." kinds of lines to keep readers engaged without becoming bored in any way.  Chapters/sentences/dialogues are extremely well constructed.  Rarely did I have to back up and re-read anything to figure anything out; it just flows so extremely well.

Characters are done amazingly well also.  There are the loveable people, the ones you want to slap, the ones impossible to please.  And the psychiatrist.  I felt a particular kinship with her as I also work in psychology (though she is infinitely further along in her career than I) and can relate to someone who is always observing others' behavior and trying to figure it out.  She's got quirks and dings in her armor, but they just make her more relateable.

Then comes the murder.  A murder done in a meticulously thought out manner that would send chills down a seasoned investigator's spine.  But will the murderer get away with it?  Why did it happen?  And is anyone sorry?  I better quit asking leading questions or I'm going to give away too much.  :P

Anyways, this is a very well-written, very thought out, extremely surprising thriller.  It kind of feels as though Agatha Christie and Alfred Hitchcock got together with the writers of the television shows "Castle" and "Lost".  Not sure how that combination really makes sense, but somehow it works.  Oh, and let's throw in elements of the movies "Hitch" and "Hannibal" in for good measure, because they are for sure at play.  Want to know what I mean?  Read the book.  :)

The Bugly (bad/ugly)
I really didn't have a lot to complain about here.  There were a couple of typos, but I identified no more than 5 in the entire book.  My biggest issue is this: BACKGROUND!!!  I kept wanting more to explain why characters acted the way they did.  WHY was Matthew so difficult to please? WHAT was Kate running from (well, this is kind of explained near the end....but not really)?  WHAT DROVE PEOPLE?  Of course, I'm always interested in explanations of why/how/what, so I'm always a tad chagrined when these explanations come up short.  I just felt like there was a ton of material to work with and this book could have easily been much longer.  The only character who is really explained thoroughly is Kate....but I guess that kind of makes some sense: she seems to be the character that Baylee is developing further in subsequent works.  But that means there are going to be subsequent works in what may turn out to be a series.  Yay!!
Posted by Ellie at 7:56 PM